Notes: HTML and File are uploading.

- NYK, please follow the Manual DC template moving forward when using Strategy changes or they will be ignored. 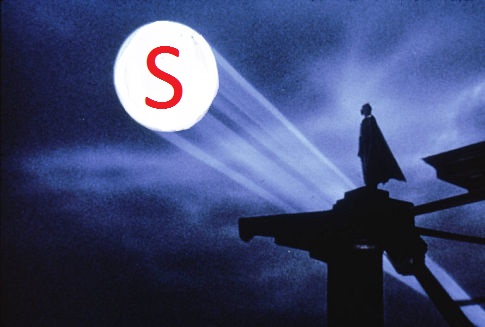 This is really amazing

My only take for us to be winning games is people have been worse than us figuring out what to do because right now we suck
PHILADELPHIA 76ERS
#1 L.Ball #0 M.Louzada #22 M.Bridges #23 B.Bowen #21 M.Wagner #26 L.Kennard

Losing a ton but slowly learning in the process. These extra sims help a lot, thanks to the admin team for including them.
Top

Changed between no post and heavy post the first two sims to find out if it impacts shots taken and FG%.

Well my take away is that post drives the shots up still for guards and looking across the league all 1-3 are still shooting god awful - despite a few exceptions that have very good inside ratings - no matter of how the floor/prefs look like.

Im unsure if the engine is awful or if our file just didn’t work well with the ratings we have.

Sort of fixed Winslow, and now Josh Davis is broken. That's what 29.9% shooting looks like: 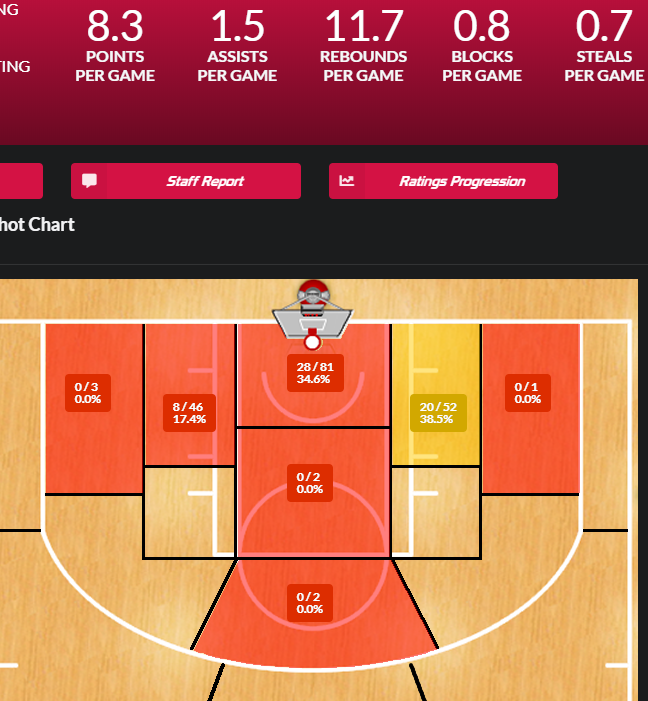 Monk is doing Monk things, doesn't seem that much work is needed there, probably gonna have him attack a little more.

KAT's interior game seems like it is going to be a balancing act with other non-shooters. only 49% at the rim, 41% from 3-10, shooting great from mid-range, and then a 4-28 from deep lol... hopefully all that comes up.

Need Livingston's shot attempts to come up. 9 shots a game is not enough for an efficient player like him.
Top

Yeah, I can’t figure out how to be more efficient. It seems like I can get one guy do well, then all others suck now. Not sure what to do, I do feel the inside/dunk ratings are not translating in this engine.
McLaughlin/Graham/Howard/Thompson
Edwards/Nowell/Notice
Wiggins/Nwora/Martin
Stewart/McDaniels/Okeke
Williams/Brown
Top

These guys together is definitely making me think whether we should look at trading Porter.
sacramento kings

small or skinny players with <70 FGI cant play in the post anymore. What will we do? Anything else probably.
Trade Block
Top

small or skinny players with <70 FGI cant play in the post anymore. What will we do? Anything else probably.

In offline Test it was the only way to get them shooting a lot. We see the same for Dennis smith. On your team if you go away from the post/paint. Also, offline they still sucked FG wise with post up but it was way better than going for heavy jumpers. Only really useful PGs are right now those that are really really good FGI or the ones that you don’t need to shoot and that can camp at 3pt to have at least a good TS% if FG% sucks. Dds22 replaced scoring guards with scoring bigs it seems

I feel like everyone has a different opinion and it's way too early to tell anything yet.

Seems like the Lakers know what they are doing, if you go by record. Go Phil

8-2 sim need to over the details thou
Lakers Achievements

ZDK is what i was hoping for. He is finally taking more shots and a very efficient rate. His TS% 69.8% which is probably the best in the league for players playing major minutes and shooting a lot? Ayton is 65.3%... Kris Dunn 69.6% Monk 67.9%

Need to figure out harrison... defensively he is what I was expecting but trying to figure his right mix offensively

Team went 6 -4 in the sim which a lot better than i would have guessed
San Antonio Spurs GM
2024: Southwest Division Champion, GM of the Year, Coach of the Year
2025: Western Conference Champions

So far it seems business as usual for us: inefficient offense but elite defense, 13-1 record.

I looked at your team and I see no weakness so far. Multiple players contributing at a high level and mixing well. I think you might be the team to beat in this engine.
Top
Post Reply
18 posts • Page 1 of 1