A Glimmer of Hope in Portland's Preseason

Write updates about your team or the league here.
Post Reply
4 posts • Page 1 of 1

A Glimmer of Hope in Portland's Preseason 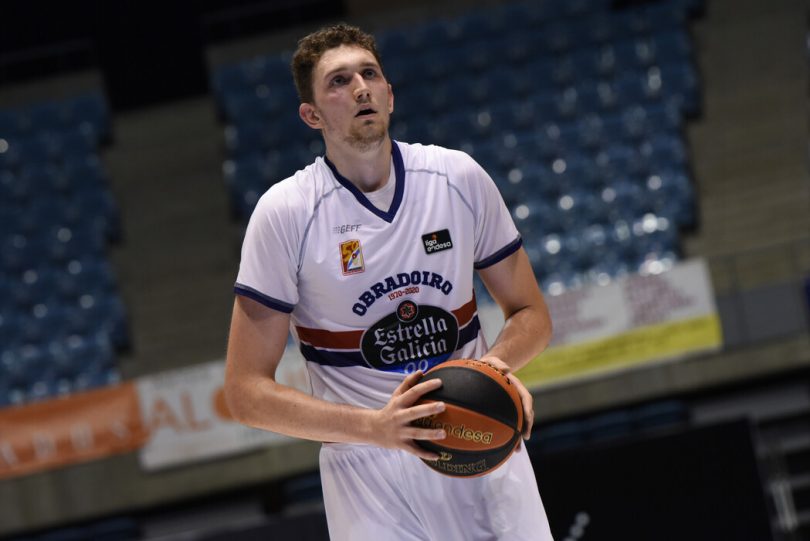 Make no mistake: This is still Laurynas Birutis' team

Here's the most surprising stat from Portland's preseason: The Blazers were 2nd in 3 point shooting at 40.4%.

How that came about for the 12-18 squad, who were 11-9 over the last three frames of play, is a story that involves telling how the team transformed from a balls to the wall post scheme to more deliberate offensive play and a rapidly rising defensive nastiness.

Laurynas Birutis asserted himself once again as the team's best player. While he was affected by the same shooting troubles that plagued every other post-oriented player under the new rules, he still finished with 17.2 points, 12 rebounds, and 3 blocks, shooting 47.8% while putting 0.82 PA/SF, forcing 1.4 turnovers, and leading the starters with a +1.0 ON and +12.7 NET. He was tied for 4th in the league in rebounds, tied for 8th in blocks, and 9th in double-doubles.

"He started off rough but started picking it up more back to his old self once they slowed the offense down," said a rival team's scout. "For all the Hamidou hubbub, Birutis is still the best guy on that roster and might even be a little bit underrated."

Indeed, the dialing back to a moderate pace was not the only surprise change the preseason revealed as the team adjusted to the new rules - evidence of which can be found by looking at the starting lineup heading into the season: 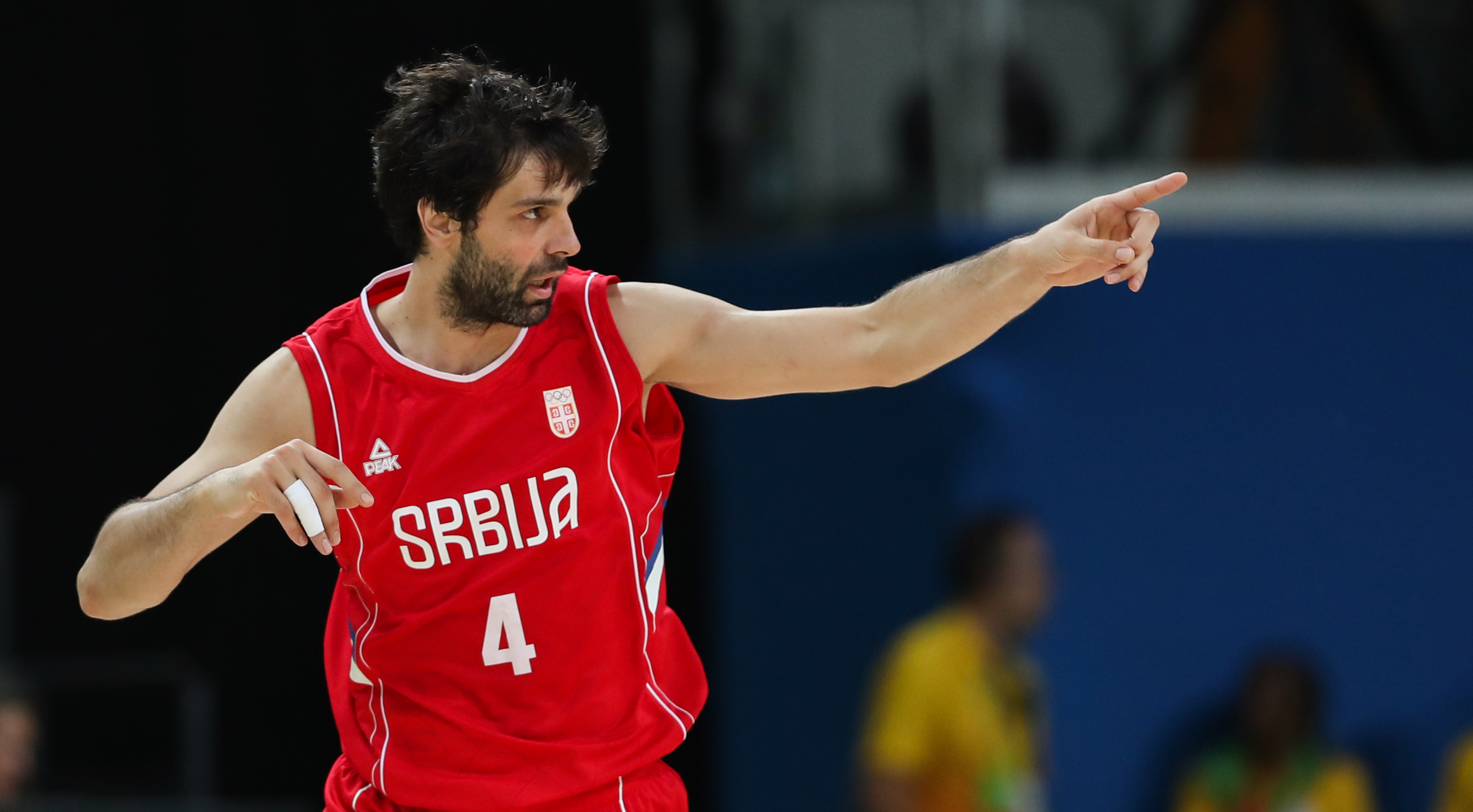 Milos Teodosic pointed his way to the starting lineup

Data analysis revealed that 34 year old Milos Teodosic was the best option at the 1, and his 40.4% shooting on 3.6 trey attempts/game went a long way to securing Portland's shocking showing atop the distance shooting boards. He finished with 15.5 points and a team-high 4.3 assists. A True Shooting of 52.1% was second-best among the starters and he looked better than expected on the defensive end - stopping 71.5% of drives while forcing 1.5 turnovers and putting up a pristine 0.8 PA/SF.

"Definitely the biggest shock of the preseason, I think," said the rival scout. "I know the guys over in Philadelphia said people were sleeping on the old man, but I didn't expect his defense to be that solid. Like, at all. Really impressive. I could see a contender making a move to get him by the deadline. It's early yet, but I'm getting Elton "Battering Ram" Brand vibes from him - the wily veteran who becomes that final piece to secure a title." 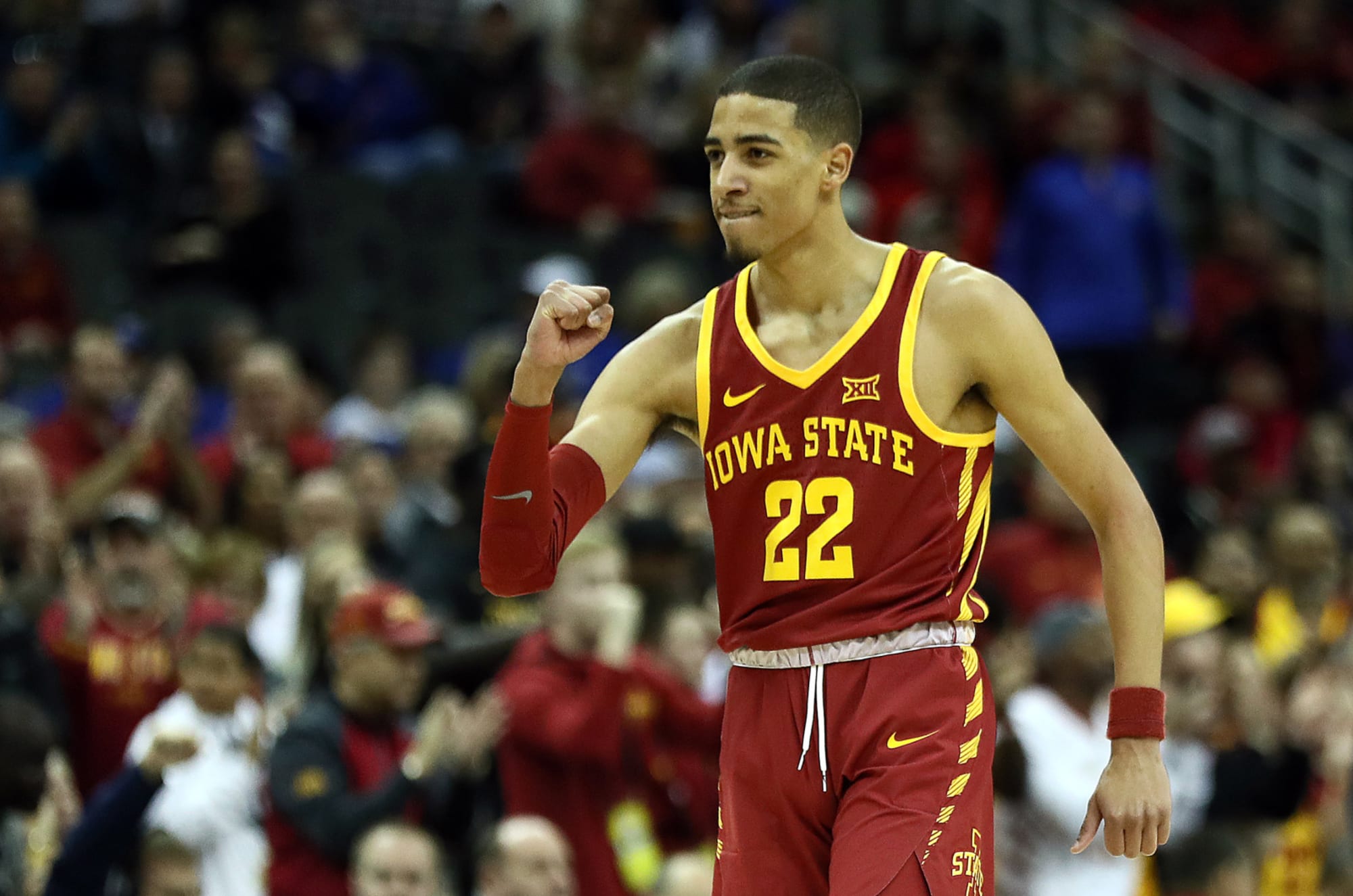 Remember recently, when there were rumors Tyrese Haliburton was going to be benched? All the rookie did was go out and become the best shooter of the starters - 44% from the floor, 41.5% from behind the arc, and 52.3% True Shooting. On the defensive end, he forced 1.4 turnovers, stopped 84.6% of drives, and had a 0.89 PA/SF. While his -7 ON was the worst of the starters, his -8.9 NET the worst on the team, it's worth noting that when he was at the risk of being benched, he was at -17.8 NET.

"The kid benefited from sticking to SG only and getting Teodosic next to him," said the scout. "Rapid, rapid improvement when that happened. It does raise questions about how they're going to fit him and Diallo together once Teodosic is done. And if they don't fit together, who's the guy that goes? But who knows? Maybe that changes once Tyrese develops some more and it'll be a pairing that works." 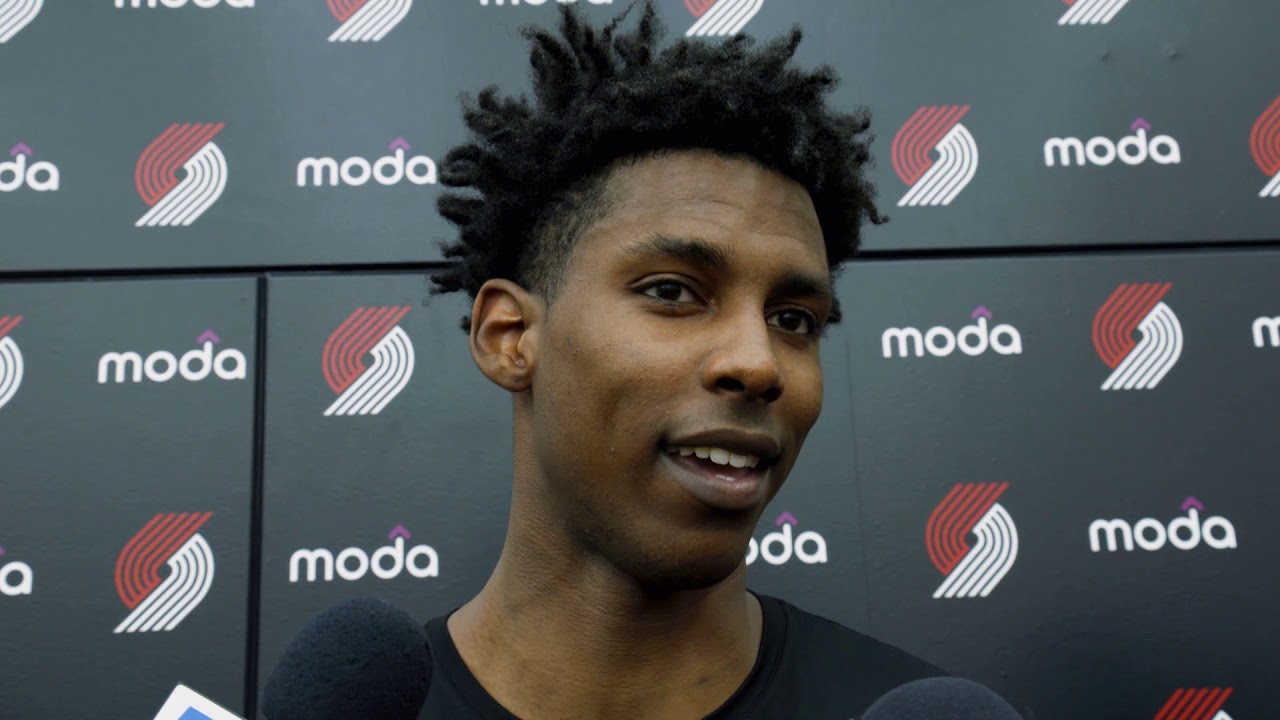 The other guy whose position in the lineup was never in doubt: Jaylen Hoard

In counterpoint, Jaylen Hoard started off scorching hot, but then his shooting - especially from downtown - tanked, and he struggled to get into position to stop drives. On the flip side, he led the team with 1.9 turnovers forced, posted a solid 0.91 PA/SF, and was the only Blazer to record more than a theft per game at 1.4.

"Would I be worried about if I were them?" asked the scout. "No. He's in his second season, and you're starting to see flashes of what he can grow into. His -1.8 ON was second-best of the starters and there's every indication he's going to develop into that glue guy along with Tyrese that orbits around the wing spots and frustrates opponents defensively while Birutis and whomever the second scorer is - Teodosic, Diallo, maybe some rookie they draft." 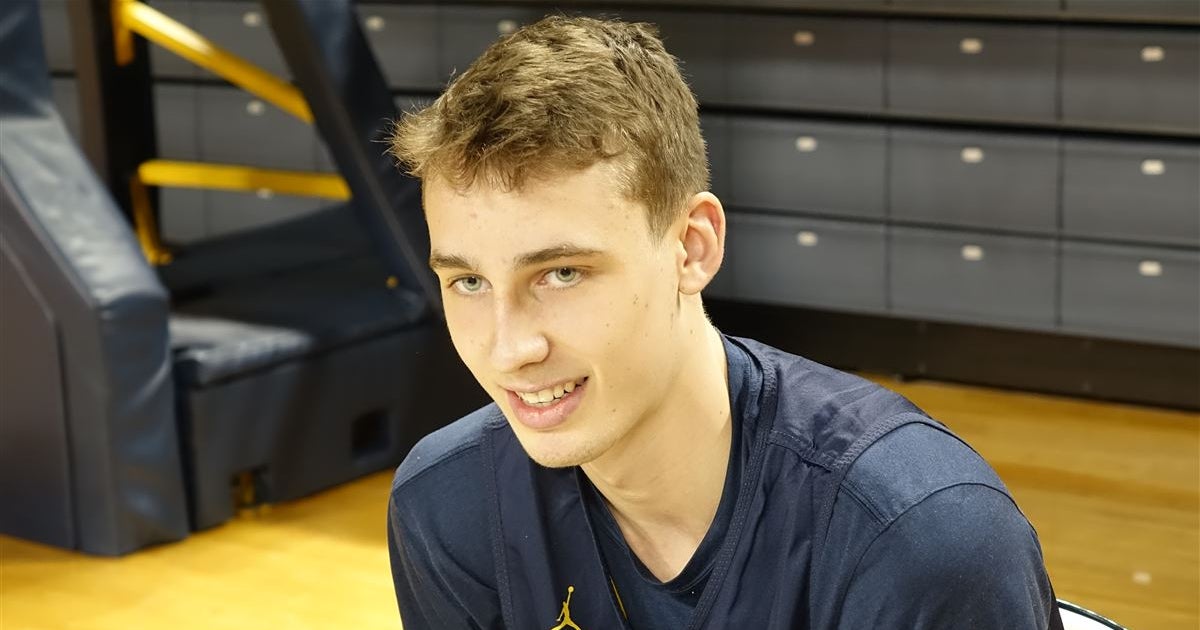 Guess who's #1 in efficiency rating among the rookies? That's right - Franz Wagner at 12.2. His 7.6 points, 6.4 rebounds, 3.3 assists, 1.3 blocks, 0.7 steals, and 2 double-doubles placed him in the Top 4-5 in a number of statistical categories (rebounds, assists, blocks, and double-doubles) and his ON/NET, though in the negatives, skyrocketed from second-worst on the team to middle of the pack by preseason's end. Defensively, he stopped 81.5% of drives (3rd on the squad), forced 1.5 turnovers (tied for second), and had a starter-best 0.78 PA/SF.

"I was stunned at how good he looked," said the scout. "If you would've told me he'd come out contributing that much on both ends of the floor from Day 1 - even in preseason - I would've called bullshit. Yeah, the shooting's a trainwreck right now (38% FG, 20% 3P), but he's making the team around him better in a lot of different areas. Once he figures out how to get the ball in the bucket, we'll see a really nice player."

Hamidou Diallo
Leading scorer at 19.1 points a game, and the 42.6% from the floor wasn't as horrible a drop as expected given the league-wide difficulties converting inside. Best drive stopper at 87%, but allowed a team high 1.04 PA/SF. Will start off the season as a 32 MPG 6th man, covering both guard spots to keep Haliburton at the 2.

"He'll be fine as a 6th man," argued the rival scout. "His main 6th man lines were -1.2 and -2.2, which isn't ideal or anything, but it's a combined -3.4, which is more than superseded by their starting lineup being +9.0. There's not going to be a trade happening here - not every lineup can do wonderfully, and as long as the trio of lines are combined positive NET, which they are at +5.6, it's all to the good.

Jordan Mickey
9.7 points, 5.5 rebounds, and 2.1 blocks. Played his way out of starting lineup possibility by finishing with the worst ON of the team and risks losing playing time to Finn Delany despite a consistent minutes-best 0.76 PA/SF.

"Still a good player to have," said the scout. "But when they changed the rules to allow more shotblocking, his value took a hit. Might be a guy they move, or might be someone they keep.

Rival Scout's Take
"He's a low-usage 3&D guy on a minimum contract and is doing exactly what he's supposed to - hit 3s and play defense. Guy is forcing 1.1 turnovers in minutes, which would put him near Jaylen Hoard levels extended over the same amount of PT."

Rival Scout
"KBD has proven a lot better value so far, but who cares? $2.8 million to not have to see Jack Salt or Adam Woodbury is worth it - even with the lousy ON/NET numbers. They'd be even worse with either of those two clowns in.

Rival Scout
"Not sustainable. Had 29 shot attempts all preseason. This is the literal definition of Small Sample Size Theater."

Rival Scout
"See Kyle Guy, only on 10 fewer attempts. I could actually see him getting a longer look, though, if the season goes south and they decide to try their young guys. Then again, same could be said of Guy."

The Lineup Data
Teodosic-Haliburton-Hoard-Wagner-Birutis
*At 251 minutes, the most-used lineup, and posted a +9.0 NET. Clearly the best lineup and the one beginning the season.

Diallo-Teodosic-Hoard-Wagner-Birutis
*3rd most used lineup at 227.3 minutes with a -1.2 NET. What wasn't tested - flipping Teodosic and Diallo around, even though it was set to get 8 minutes/game in the last 10 contests. It never happened for reasons unknown.

Diallo-Haliburton-KBD-Mickey-Okonoboh
*109.4 minutes put it 5th with a -2.2 Net Rating, far outperforming the Hoard-Wagner-Birutis line at -13 NET. A mystery why this worked despite a far worse center. Nonetheless, a lineup that will be used as one of the second units to start the season.

Overall Outlook
Challenging for the playoffs seems unlikely, given how deep the West is. But there are encouraging signs here that Portland might at the very least be competitive for the first part of the season, until someone comes calling for the veteran pieces (read: Teodosic).
Top

Happy that the focus continues on keeping the playing time for young players up. Best thing you can do for the team right now
So what do you expect when you draft Grabby McHolderson to play your right tackle?
Top

Yeah Milos has played well and will continue to track Franz Wagner and his career. Very interesting article. Especially Diallo and how the team progresses with him or Birutis as the man.

So far looks like Birutis is the lead but seems Diallo is the guy you really want to be the lead, especially after FA and the contract he signed. Hope it works out for you.