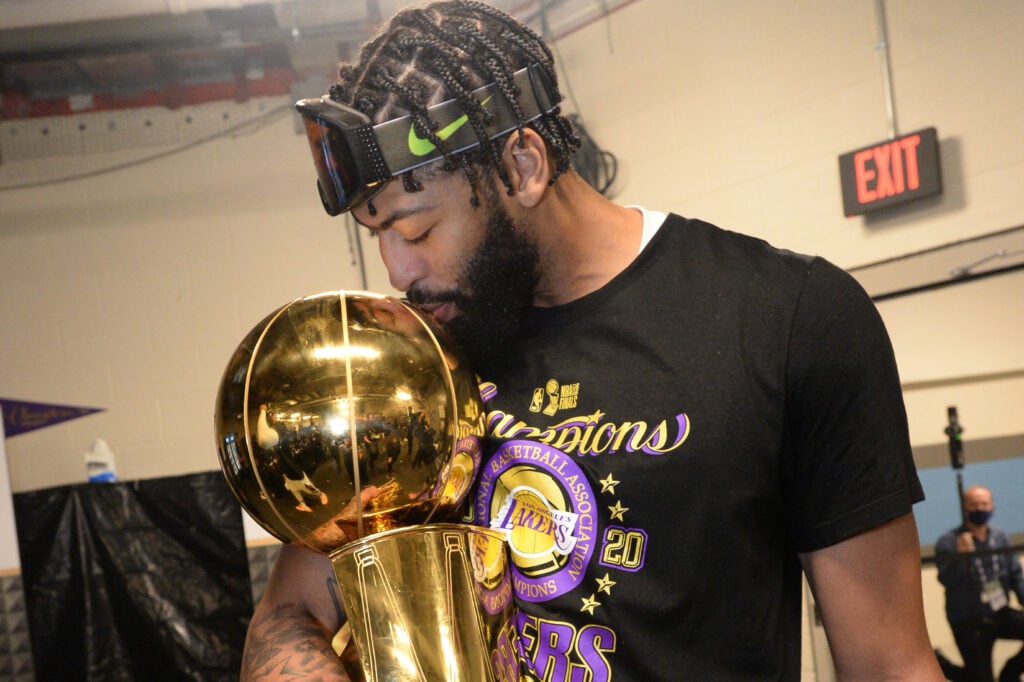 In what can be considered the most important Clippers’ offseason in years, Dylan approached this offseason unlikely any other since he’s ran the Clippers: do whatever it takes to win the title.

It’s crazy how much has changed in just one CSL calendar year for the Clippers organization. They went from perennial basement dweller to playoff contention almost overnight with a couple of massive, franchise-altering trades. The most important of them being the trade and subsequent emergence of Isaiah Cousins as a CSL superstar, and then a mid-season deal to bring in multi-time all-star Marvin Bagley.

With the moves, the Clippers found themselves in the postseason for the first time in Dylan’s GM tenure. A 46-36 record was good for 5th in the Western Conference, and a first-round matchup with the Denver Nuggets. The Clippers shockingly swept the Nuggets, but fell to the eventual champion Kings in the second round. While a disappointing loss in Clipperland, nobody was beating Michael Porter and the Kings last season.

After what can only be considered a successful season given the preseason expectations, the Clippers approached the offseason with a simple mentality. There’s unfinished business to take care of in Los Angeles, and the offseason approach was to finish that business in the next two seasons.

The first order of business in the offseason was to take care of two of their own free agents. Zach LaVine and Jae Crowder were vital role players for the Clippers last season, and the team had no intention on letting either of them go. Despite some formidable competition causing them to pay a bit more than anticipated, both LaVine and Crowder signed three-year deals with a team option to ensure last season’s core stayed in place.

With only four players on the roster under contract for this season, bringing back the two veterans simply wasn’t enough. They knew they had to make some sort of consolidation move both to fill the roster, and to give them some much needed depth. Given their commitment to building around Cousins and Bagley, this left only one option to use in a consolidation move: Dante Exum.

The Clippers sent Exum to the Lakers, and brought in a piece that may just put them over the top. CSL Champion and former MVP Anthony Davis headlined the return package, that also included sharpshooting wing Alex Venzenkov, and depth pieces Joe Chealey and Omari Spellman.


“Anthony not only brings us an unparalleled level of experience and success in the CSL, but also fills what we considered to be a significant hole at the big man position. We think he’s a great fit next to Bagley and with the rest of our core and we really couldn’t think of a guy we would’ve wanted to bring in more.” - Clippers GM Dylan

The Clippers finished the offseason by signing four minimum contract deals. In order to stay under the hard cap, the Clippers had to target younger players who wouldn’t make the full veteran’s minimum. They re-signed wing AJ Davis who played well in spurts last season, and brought in center Angel Delgado, and guars Gary Trent and Aubrey Dawkins.

And so, the roster is set. The Clippers will head into the season with the highest expectations in franchise history, and a group that is ready to fulfill them. While not quite “championship or bust” since all core players are under contract through next season, anything short of a CSL Finals appearance will be a disappointment in Los Angeles.

good luck this year mate i hope it works out ..davis and bagley is dangerous
Lakers Achievements

That's a double sword offensive threat inside with AD joining Bagley. Cousins and if that's not enough you still have Lavine so there is no shortage of offensive weapons out there and most of them are capable defenders as well. The only thing that might be a concern is the punch of the bench. Can Vez spearhead the second group? remains to be seen i guess...
Chicago Bulls 2026-2027 Season

I'm excited to see how you decide to stagger your lineups, that's up there with the best starting lineups in the league this season. With such a rough bench rotation though(and LA Clippers legend AJ Davis), you'll need to stagger your stars so that you're not ever running without 2 of them on the floor at all times. Fantastic stuff from Dylan, I wouldn't have expected such a quick turnaround when you first took over the Clippers.
Stay Me7o

I really like your approach to go all in! And I'm more than happy to see AD having another chance to show that he is still a more than capable player. Besides Cousins and Bagley he doesn't have to be the top scorer on the court but his overall game and defense is just outstanding.

Overall the team is built around a playoff rotation and it may require some injury luck during the regular season to get a top record in the West.
Top

You could surely use some better depth pieces but the quality of that starting unit is really dope.
Good luck this season! You certainly have the talent to make a very deep run, Dylan
PHILADELPHIA 76ERS
#1 L.Ball #0 M.Louzada #22 M.Bridges #23 B.Bowen #21 M.Wagner #26 L.Kennard

The starting five is one of the most talented in the league, but depth is an issue, in my opinion. In an 82-game season plus playoffs having a quality bench is important to contend. Unless you get lucky and can play your starters heavy minutes without injuries. However, you can address that before the trade deadline.

You could surely use some better depth pieces but the quality of that starting unit is really dope.
Good luck this season! You certainly have the talent to make a very deep run, Dylan

Crazy how quickly you turned the team around in one season. I left and came back to a completely revamped Clipper squad.
CSL: Brooklyn Nets (2018-present)
Top
Post Reply
10 posts • Page 1 of 1