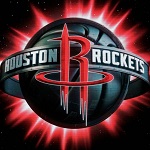 I compiled a google sheet with the default rosters that come with PB22 to get an idea if there are differences compared to what we're used to. You'll see the percentiles of all rostered NBA players from that file. There are a few outliers in the default file (Gary Payton II and a few others have some wack ratings that stand out), and those outliers are very obvious (i.e. the 100 RARate for a PG, when the 90th percentile is just 11).

To create a few benchmarks:


The 90th percentile means you're roughly top 8 or 9 at that skill at your position. Probably the baseline for "Elite".

60th or 70th percentile is baseline for what would be considered ok for a starter.

50th is the median. There's a lot of crap at the ends of benches, so 50% or below should be considered an actual weakness for a rotation player.

I'd consider < 30th percentile as a real problem (for some ratings).

I have a few notes regarding the league transition and what ratings clearly look different than what we have. I should point out that the default ratings are also far from perfect, and I am not suggesting we should blindly follow every difference we see to match the defaults.

I unfortunately cannot do this for our league file, because I don't have that data. But having created roughly 40% of the last 4 draft classes, I can comfortably spot some differences.

FG_RA is much much lower, across the board at essentially every position, as expected. This checks out, as interior ratings were purposefully nerfed during the 19 transition because everybody shot like 75%+ from the restricted area, and some over 90%. From my minimal testing in PB22, it is still on the high side for most players, but within reason, but I'll let the admins chime in on what they've seen. FG_ITP ratings seem pretty close between the CSL and the default roster.

This is where I think things are entirely different from what we're used to. The staggering thing here is that almost no PGs and a few SGs dunk or get to the restricted area at all. I thought this would be serious issue, but guards in my default roster tests are shooting just fine. More on this in part (4)

SFs and PFs tend to have a bit lower DunkRate but higher RARate than in the CSL (much higher for PFs).

We probably have DunkRate in the ballpark for C but our RARates are way way way down if 48 is just the 10th percentile and the median is 69, same goes for the high end of PFs. This makes a lot of sense for those of us with PFs and Cs who shot a ridiculous amount of 3-10 ft shots... the game is likely expecting a way higher RARate to send your big guy to the rim against the shot blockers, as a result it was probably way easier for defenses to seal off the drive and force your big guy into a pull up jumper, a post up, or a pass?

The default rosters have really low block ratings, much lower than the CSL's nerfed numbers. Only 27 players in my last test recorded at more than 1bpg ... which is actually right around the NBA number in 2021-22 of 24. This is probably for the simple reason that players are taking way more threes, so nowhere as many shots for a rim protector to contest. Also our CSL players are all wet noodles in the paint, so that's why people were averaging 4+ blocks in our preseason. I don't believe the CSL should turn into the NBA and stop valuing defense, so I don't condone dropping blocks to this degree, but it's a pretty clear contributor to our current issue with interior offense.

I'm pretty confident the CSL has better DEF ratings at every position than the default roster. Another contributor to offensive issues. Also noting pretty low discipline, which would certainly be an issue in the CSL's drive-heavy game, but not in the default roster.

Almost no PGs post up (excluding outliers, every PG/SG is below 5 PostUp, vast majority below 3) and a floor range of more than 15 POST is pretty high. My theory is that the CSL guards are getting owned in the post by bigger defenders, and that drags them down. ATB is where most everything start for guards and wings, which makes basketball sense. Their scores in close appear to be mostly on drives from the perimeter.

Look at any guard, and you'll see a pretty good mix of DriveShot/DriveKick/C&S/PullUp actions, and floor range heavily skewed to ATB, with most of the rest being mid range and maybe some corner. Bigger wings/forwards/centers you can add in the post action and range. The bigs that literally would never attempt a 3 (Gobert, Capela, etc) are basically the only ones that don't have much in ATB/COR or PullUp/C&S action. Those guys also rarely ever drive, and almost exclusively post up, some of them will catch and shoot or have some mid-range.

All of them appear to shoot ok, except those who have teammates that don't space the floor- biggest example is Embiid, who shot a disastrous 38% in my last test, as Simmons (who has big man tendencies playing PG, appears to be an awful combo despite great ratings), Maxey (only 2 3PA/game, lots of driving), and Harris (a lot of short and mid range) didn't give him adequate spacing, and Embiid only shot 11% of his shots at the rim. Trying to operate in a crowded paint clearly does not appear to work here.
Top

My conclusion: There's work to be done.

I believe some normalization of ratings is going to be needed in our league to keep up with the new engine, particularly a boost to FG_RA, and potentially re-rating Dunk Rate and RA_Rate to match. Floor ranges, particularly ATB for guards and wings have to be adjusted across the board, and most of the league will have plenty of ball actions to work on to get players to be well rounded, rather than just one trick ponies spamming post ups, drives, or threes.
Top

Interesting findings! Yeah only admins can exactly know if we are off. But very detailed and smart analysis. I can’t say for sure what is going wrong as I have no idea about shooting inside ratings despite some scouts with deviation, but what I expected to be in place was at least off to default file.

Btw, given shooting ratings had to be changed from dds3 to dds19 and now again needs a big overhaul it really would be the best to share what the true shooting ratings look like because they won’t be in line with what we scouted at some point anymore. Especially without deviation and not as letter grades because letter grades won’t be helpful at all to evaluate draftees or players in general.
Boston Celtics Hall of Fame
PG G. Dragic [7] - Jersey Retired <> 2013 - 2015
PG R. Westbrook [0] - Jersey Retired <> 2016 - 2019 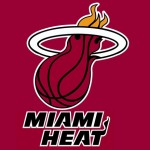 That could also mean CSL DDS19 is broken and more likely so given how preference work and tailoring players who probably shouldn't be altered (guards with 100 post) can stuff things up.

It's a good insight but doesn't really matter anyway as it all depends on what admin want to accomplish here. If it was a pure conversion, you would make everything as similar as you can and be done with it but this seems more like a conversion with fixes so depends on what they plan to fix. Inside play for guards, etc, but does that mean fixing bigs then? It also means a ton, maybe all players are going to be different. How different, who knows but fixing different areas could be a bit of work to get it right.

That's probably what they're working on and we'll just live with it. In all the conversions I've done or taken part of, after a season, everyone pretty much forgets and the new system is the norm going forward.
sacramento kings

Offense in this league is far below the NBA. I'm not saying we should do everything to mimic the NBA either, but 22 does not appear broken. The real life NBA's eFG% by team ranges from 49.4% to 55.6% with league average being 53.2/%. Only tanking teams shot below 51. We've been stuck in the 90s and early 2000s with PB3 and PB19, it's a golden opportunity to move towards a modernized league.
Top

Offense in this league is far below the NBA. I'm not saying we should do everything to mimic the NBA either, but 22 does not appear broken. The real life NBA's eFG% by team ranges from 49.4% to 55.6% with league average being 53.2/%. Only tanking teams shot below 51. We've been stuck in the 90s and early 2000s with PB3 and PB19, it's a golden opportunity to move towards a modernized league.

I would like the CSL to mimic the NBA. Its just with DDS offense can overpower defense. If the admins can figure out how to mimic the NBA while keeping everything balanced great. I dont want another 4 seasons where 1 thing stands out as OP over the rest.

Also where is the extra % coming from in the NBA? Im sure its all from 3 point shooting.

An idea for testing would be a preseason league with a good prize at the end so people try to win. The 15th pick in the next draft or something people would try for.
Trade Block
Top

If anyone wants to break this down with our preseason numbers and/or DDS19 numbers. https://www.basketball-reference.com/le ... oting.html

I think buffing both blks and FG_RA just makes those two more powerful while canceling each other out.
Trade Block
Top

In theory we try to mimic the NBA as close as possible, but with how our ratings have been historically catered around the engine that always proves to be really difficult during the transition. Add on that we typically see different results from our internal testing once 30 humans start setting strats and tinkering and it leads to what we are seeing now.

Blocks are going to be restored to previous levels with some slight reductions at the top (the BLK rating is more powerful in this engine, but previous levels will be mostly inline with what we saw in the CSL in DDS19). There was no noticeable difference in shooting %s when testing both increased and decreased BLK ratings.

RARate is being tested at different levels as well as FG_RA, but there's a very fine balance so as to not make these too OP so we are being very careful with any adjustments here.

The ball and floor actions are going to be critical and we know that any testing we do wont find what 30 human GMs will find through a full 82 game season so there's concern with making drastic changes.

Another consideration is that the default roster files are made under the assumption that you cannot change floor locations.

By increasing the shooting ratings AND allowing floor locations to be changed however we want it results in an unplayable game and some crazy shooting percentages.

As Ryan said, I do agree that the most important thing at this point is balance and trying to duplicate how players should be behaving based on the previous engine (for the most part). This conversion wont have shooting ratings revamped, but its possible in the next conversion that we can do that with the stipulation that floor locations are going to be set by the admin team for each player and will not be allowed to be adjusted.

Return to “Discussion And Help”