With the third overall pick in the 2024 CSL draft the Milwaukee Bucks select guard Ja Morant from Murray State.

At 6'3" and 175 lbs, Morant is actually a combo guard who fits the Bucks style of multiposition players. A great ball handler, Morant's selling card is his willingness to score. In a team whose core is focused on defense, Morant should shine on the offensive end, while his shortcomings on defense may be hid by Troy Brown, Matthew Dellavedova, Brandon Ingram, Thon Maker and Wendell Carter, all of them quality defenders.

With this selection, alongside last season improvement, the Bucks may finally start reaping the benefits of a long and patient rebuilding process. While the franchise has often been criticized for not being too active on the trading front, the Front Office is convinced that rejecting the plenty of offers the team had during the rebuilding years was the right thing to do in order to set up the foundation of a true contender.

While Morant is not considered to be the best player available, he probably is the best fit for the team. The change in rules that the CSL will see this upcoming season generate a lot of question marks, and sources close to the Front Office reveal that Morant was not going to be the Bucks selection, but the Front Office reconsidered their options last week and decided to do, for once, what the basketball community expected. However, the Bucks may still pull off a trade for one of their true targets.

- Average defender
- Not an elite outside shooter, but good enough

There go the 'depending on what Manu is going to do at 3' conversations. Where is the shocker?
So what do you expect when you draft Grabby McHolderson to play your right tackle?
Top

He seemed like the consensus pick based off mocks, but tbh I didn't scout the top 3 guys much figuring I wouldn't be drafting this high. 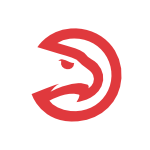 Congrats Manu, lets see how long it takes Ja to make a difference.
But the east is not getting any weaker!
Top

Love the pick. Manu finally has his PG and he should excel in DDS19.

I’m intrigued about who the mystery player is that was originally in consideration.

I’m intrigued about who the mystery player is that was originally in consideration.

Good on Milwaukee to not over-think this pick, they go with the obvious choice, picking up a much-needed starting PG who could end up one of the best.

Creator's Note: Ja is based very loosely on NBA Kyrie Irving. His handles are the best in the business, and the CSL doesn't really have a high-end PG with this level of handles, so I'm really interested to see how he does. Morant should be a high-end shot creator who is particularly proficient inside the arc, and good but not elite outside of it. Not the best defender or passer out there, but has plenty of time to improve on those weaknesses and become decent. I'm expecting him to be VERY ball-dominant, which is not a bad thing at all for Milwaukee. 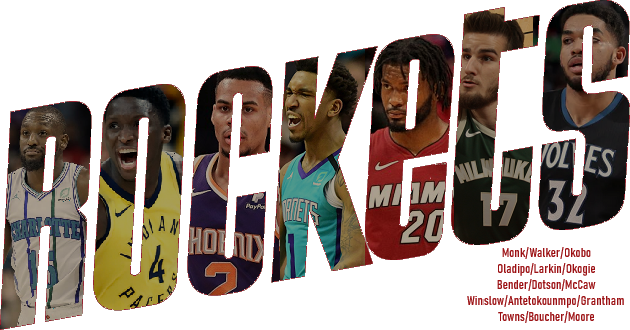 Love me some Ja Morant and think he's going to be a killer in the new engine. His handles are tight and while everyone is stressing the three-point shot in the new engine, I think people are failing to realize that there are plenty of defensive strategies to force teams off of the three-point line. With that, players are definitely going to need a pull-up game and Morant has that with elite finishing ability in the paint. Milwaukee FINALLY has their point guard!
CSL: Brooklyn Nets (2018-present)
Top

Ja should work real well in Milwaukee, as he has some immense potential as a scorer, and combine that with his handles should make him an excellent number one guy. Plus I believe he has good potential as a above the break shooter as well.
Holiday/Lillard/Boatright
Reed/Westbrook/Lewis
KD/Gbi/Hezonja/Brooks
Randle/Anigbogu/Moore
WCS/Kabasele
Top
Post Reply
12 posts • Page 1 of 1

Users browsing this forum: No registered users and 0 guests