Birutis Blazes On: A Look At Portland's Offseason Thus Far

Birutis Blazes On: A Look At Portland's Offseason Thus Far

Portland Reshapes The Roster With A Flurry of Moves 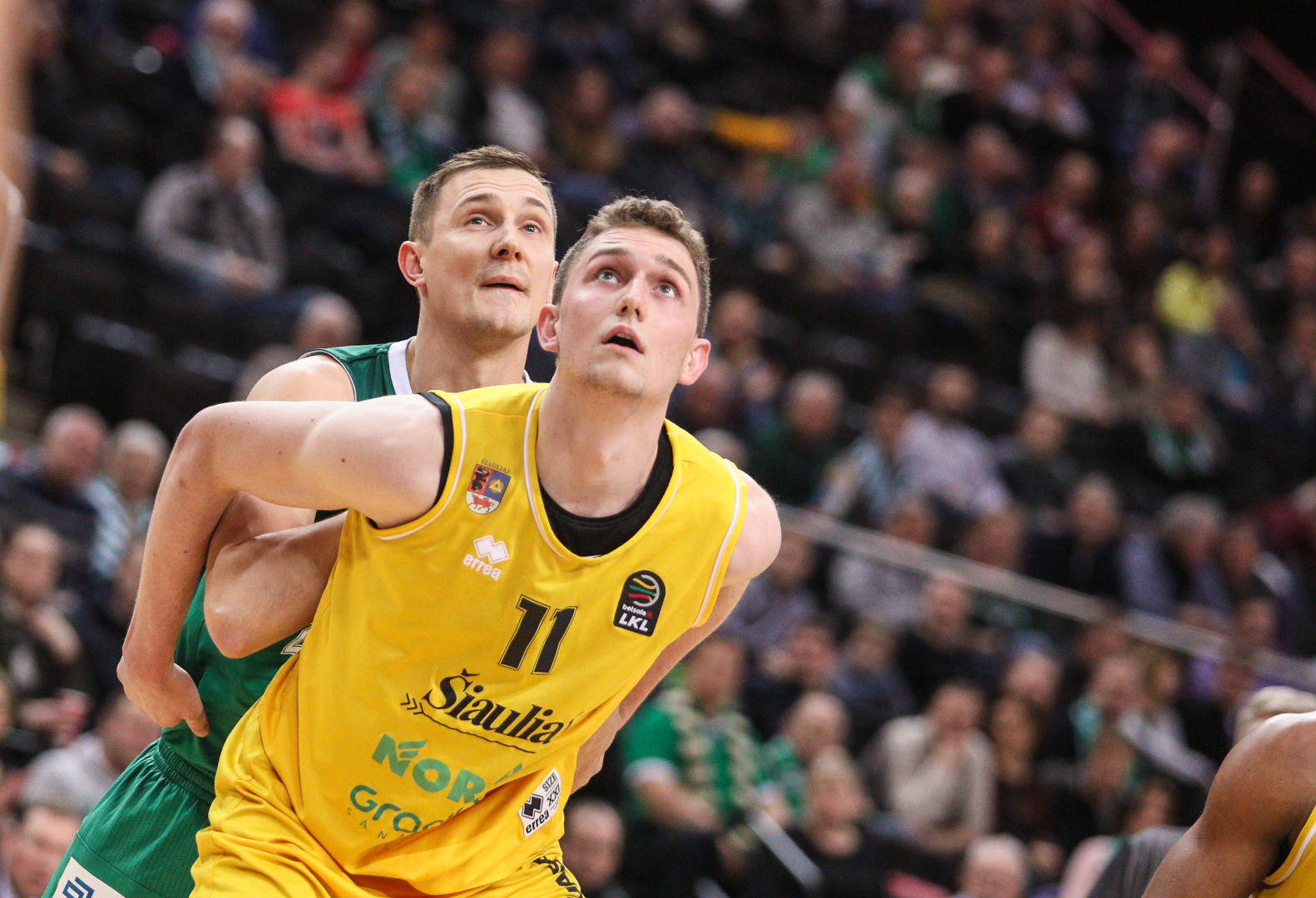 Controversy stormed over the CSL when a deal was announced that send Marcus Smart and all of the Portland Trailblazers' presently held 2nd round picks to the Chicago Bulls for 24 year old center Laurynas Birutis and veteran big man Clint Capela/b]. We'll dig more into that deal, but first, we'll talk about the other, smaller moves. 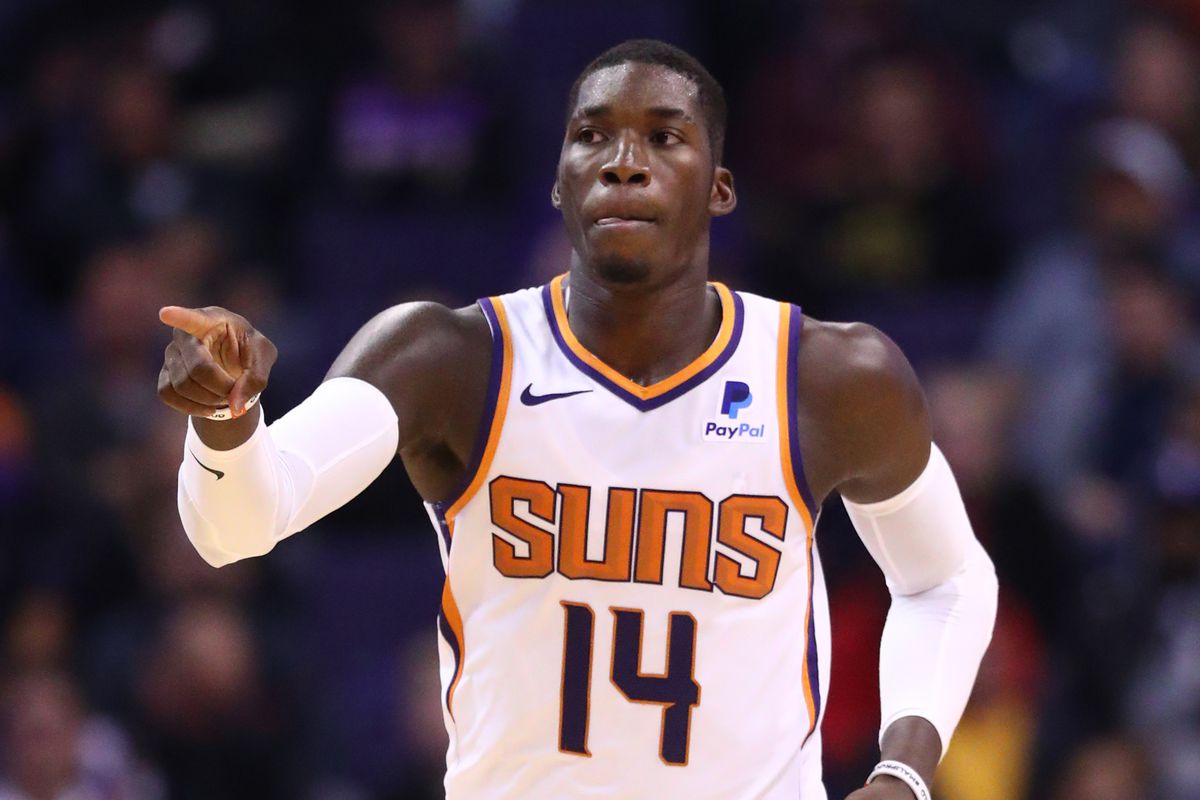 Cheick Diallo returns to the team who drafted him

In a move that confused a lot of the CSL as to why it was even made, Walter Tavares' team option was picked up for the express purpose of shipping him back to the team that drafted him - the Los Angeles Lakers in Jestor's first CSL stint - in exchange for Cheick Diallo and Austin Rivers.

Diallo, 26, had his worst shooting season ever last year with the Purple and Gold, and the Lakers - now headed by stockton12 - wanted to shave off the last year of his contract from their books. A quality rebounder with a preternatural ability to draw fouls, Jestor's favorite 2nd round pick not named Cameron Oliver can hold his own on the defensive end and projects to back up Nikola Mirotic, possibly seeing time at center in the event of injury to Birutis or Capela.

"He had a bad shooting year last season,' said a Blazers source. "It happens sometimes - guys just have an off year. We're not terribly worried. Those numbers will bounce back."

Rivers, 29, is a 3 point specialist combo guard with a nose for creating his own shot. Given the Blazers' depth at guard after making other moves, he'll function as the third string point guard but his primary role will be to serve as a trade chip for a contender looking to bolster their perimeter game at midseason. 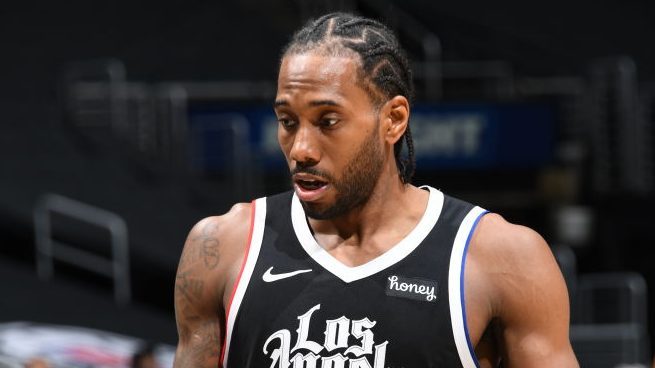 How much does Kawhi Leonard have left in the tank?

In an even smaller move, Jordan Clarkson was sent to the Atlanta Hawks for Kawhi Leonard and young, short power forward Bonzi Colson.

The 35 year old Leonard is obviously not the All-Star Kawhi of years past, but if he can maintain his form, he'll likely step in as the Blazers' backup SF behind Nassir Little (the details of which were outlined in a previous article). He'll also be able to mentor the young man who has had such a rocky start to his CSL career and try to help unlock the potential that once made him a lottery pick.

Colson, 23, can draw fouls and generate some turnovers, but isn't likely to see time unless there's blowouts or injuries. Currently, he sits 4th on the depth chart at PF behind Mirotic, Diallo, and Portland's promising prospect, Grant Williams, who has been involved in trade discussions.

Portland was obviously looking for a young center to build around. It's all they talked about ever since Jestor came on board and forced the front office to admit that trading Smart was the right thing to do. A previous trade that fell apart when the Los Angeles Clippers opted for Isaiah Cousins instead was a four-way blockbuster that would have had Cam Reddish and Bam Abedayo donning the red, white, and black for Smart and a 2nd rounder, and clearly oriented Portland in a rebuild that had Nikola Mirotic talks starting immediately.

Once that option was off the table, the Blazers were looking at virtually identical packages from the Philadelphia 76ers and the Detroit Pistons (Abedayo and Robert Williams were the centers involved, along with a projected late first). Numerous other teams came inquiring - the Lakers offering pick #10 as a primary piece, a number of other teams offering flawed but promising young wings, some bundled with picks assets.

And none of those trades appealed to Portland. The Blazers were prepared to pack up Smart and ride him for another half-season.

Then the Bulls barged in. Portland loved Birutis. Chicago wanted Smart. Days of negotiations and discussions followed, until Chicago asked for all the Blazers currently owned 2nds for Birutis and Capela. Done.

About Birutis
One of Portland's front office members gushed, "Look at his numbers. He's improved in every facet of his game every single year he's been in the league. And every season, we consistently saw his playoff metrics improve over his regular season ones. That's a key part of our evaluation process - look for guys who show signs of playoff brilliance on top of their regular season work if possible.

There's also still a little growth in his scoring and defense, which will make him that much more effective. Is he a true #1 scorer in this league? Odds are no, unless he fills in his remaining growth. But he's a strong #2 with excellent rebounding and quality defense. 7'1, 243 pounds - he's a tall tree down there.

Every single contending Jestorball team that has ever been devised has had a big man who fits that #2 scorer with rebounding and solid defense mold, with the exception of the first East Conference champion GAH Knicks, where Tree Rollins was purely rebounding and defense. Every.single.other.one. The second East Champion Knicks? Bill Laimbeer, who has a #2 and rebounding option with solid defense? The Mateen Yeaton Nuggets? Marcelino Augusto and J. Jones on separate title squads? The NLL Miami Heat? Aleks Maric.

Yeah, we still need to find that #1 scorer unless Birutis blossoms into it. But Birutis is this edition's version of Maric. He'll be here forever."

Capela will accompany Birutis and back him up at the 5, though his most important quality?...

That's $37 million in cap coming off the books. Yes, Jalen Brunson will be getting his next contract this summer. Yes, Kendrick Nunn and Birutis will need to be paid next summer. But that still leaves a massive window open in which to pursue a big-name free agent before re-signing Nunn and Birutis. And they'll have the playoff pedigree to...

BREAKING NEWS: THE BLAZERS HAVE DOUBLED THEIR DIALLO COUNT IN A TRADE WITH THE KINGS!

That needs a separate article, so that and the final analysis of all these moves will come next time.
Top

Smart is an elite player, but I really like Birutis. He should be a good starting center for a long time.

Might've been able to squeeze some more by waiting but if you got your guy, then no issue in going for it. Especially if you're looking to rebuild. That's how I felt with Rui, once I got my guy the rest is all about how to build around that guy.
Top

I can understand the love for Birutis, he is a very talented big.
Smart will be missed but this is a new era of Portland basketball.

The urgency to deal Williams surprised me tho.
Imo he looks like the perfect sidekick to Birutis.
Top

Yeah, I'm a fan of Birutis, just thought that some more compensation would have been required. Overall, its not a terrible haul for a player that doesn't fit into your window.

Diallo does seem like a player you would have hated in the past. Terrible efficiency that won't ever be good, which is the reason he has been passed around twice now in his short career. Solid defensive potential is what will keep him around in the league though, but his rating improvements haven't been great to date.

Flaming Homer wrote: ↑Mon May 03, 2021 2:57 pm The urgency to deal Williams surprised me tho.
Imo he looks like the perfect sidekick to Birutis.

I don't like small bigs, personally. And he wasn't going to get the PT he needed to develop with Diallo the Elder acquired.
Top

Now I'm curious what kind of season Diallo will have

I really like Birutis as proven by his long tenured here. He's been the most marketable player on my roster, yeah even ahead of Exum. I would have kept him for long but I can't refuse the opportunity of having another 4star player. I'll be watching him closely still and since he's in the West, I hope he blossoms even more and be the best center out West at least.
Chicago Bulls 2025-2026 Season
Starters: Guler-Exum-Bell-Capela-Birutis
Bench: Booker-Jackson-Nogueira-Bledsoe-Jefferson-Jokic-Tucker
Reserves: Konate
Top
Post Reply
10 posts • Page 1 of 1